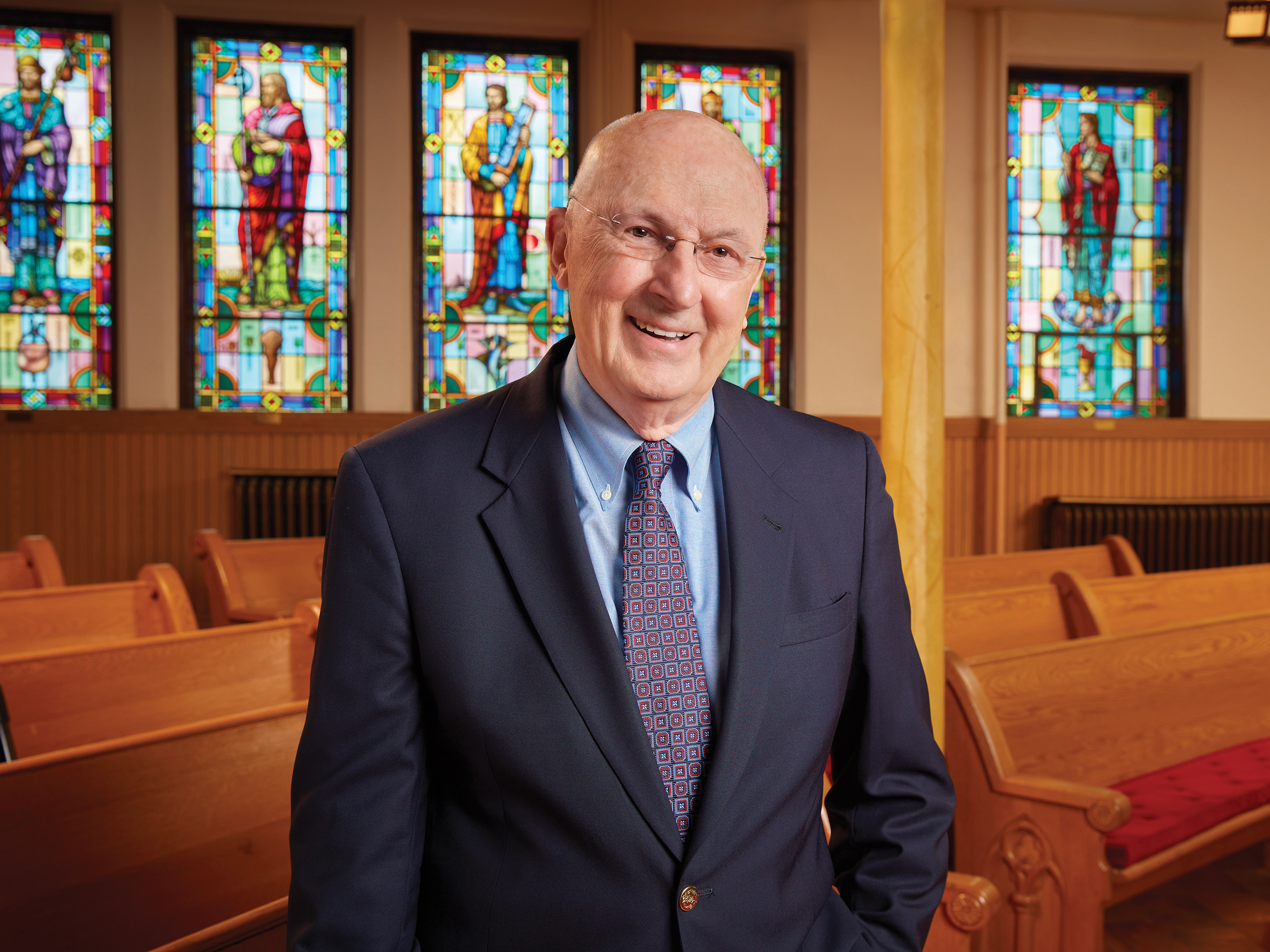 William H. “Bill” Piper’s story centers around a kid from Flint who went on to do great things in life, both personally and professionally. Enduring is his love for Flint and Genesee County. He shares that love through his philanthropy, creating immeasurable impact on the community and on the development of the Community Foundation of Greater Flint as an institution.

Congratulations to William H. “Bill” Piper, dedicated supporter of the Community Foundation of Greater Flint and trustee of the Charles Stewart Mott Foundation, on receiving the 2021 Community Foundation Philanthropy Award. Established by the Council of Michigan Foundations and the Michigan Nonprofit Association, the award honors an individual and/or family for their exceptional service and commitment to growing community philanthropy in Michigan. Congratulations and hugs to Bill, the entire Piper family, and to all the 2021 Philanthropy Award honorees!

Click here to learn more about the awards and honorees.

Born at Hurley Hospital in Flint on October 15, 1933, Bill graduated from Flint Central High School in 1951. He attended Yale University, graduating in 1955 with a bachelor’s degree in economics. Bill returned home after graduation and worked at Genesee County Savings Bank, the first college management trainee in the bank’s history. Bill worked there for 38 years, ending his career as senior vice president of NBD Genesee Bank and president of NBD Genesee Bank in Flint. He retired on June 30, 1993.

The first day on the job, Bill met the love of his life. Joyce was a Flint Northern graduate working in the installment loan department where he was assigned. “She never went to college,” Bill recalls. “Her parents were of a mindset that they could afford to send one child to college, and felt it was more important to send her brother than her.” Married on June 6, 1959, at Community Presbyterian Church in Flint, the couple raised three children.

He grew up poor but remembers that Mom always had a few coins for church and was willing to lend a helping hand. He learned the “you give back” lesson from his grandparents, Mark H., and Nellie (Foss) Piper. “It’s an attitude,” Bill says. “It’s the way you were raised.” Mark was a successful dairy farmer and later a real estate developer in the early 1900s in Flint. Bill shares this story of generosity:

“Grandfather’s local pastor came to ask him to send some milk over to a neighbor’s children because the family had fallen on troubled times. The following morning, the neighbor woke up to find a cow in his front yard because my grandfather knew that the children didn’t need milk for just one day, but rather they needed it every day!”

For 65 years, Yale University has benefitted from Bill’s generosity. On January 4, 2021, in a letter to his Yale colleague, Bill described his deep gratitude for his Yale education. He went on to write: “I will no longer be contributing to Yale … The modest contributions I have made to Yale may not be missed but as they are redirected to Flint, they have, in my opinion, a much greater potential of making a significant impact for good. Hopefully, they will impact my hometown in a way that will allow others the opportunity that I once had.”

Bill’s trust in the Community Foundation was never more evident than during this past year of a global health pandemic. Without hesitation, Bill advised a grant from the Flint Community Fund, a donor advised fund, to establish the Greater Flint Urgent Relief Fund. This leadership gift met the moment and along with hundreds of other donors, the Relief Fund grantmaking contributed to the foundation’s record year in grantmaking for 2020.

Through the generations, Bill Piper’s commitment to Flint, and giving through the Community Foundation, achieves the family patriarch’s lesson: “You give back.”